Hardness refers to the metal ions, typically calcium and magnesium, that are dissolved in the water. Other ions that contribute to hardness include aluminum, barium, iron, manganese, and zinc. Hardness is typically described as milligrams of calcium carbonate equivalent per liter.

The common classification for hardness of water, as determined by equivalent calcium carbonate:

Hardness is most commonly measured by titration with an EDTA (ethylenediaminetetraacetate) solution. The EDTA reacts with the magnesium and calcium ions.

The main issue associated with water hardness in residential use is the potential for precipitates to form, in particular when heated, in a water heater for instance. The phrase “temporary hardness” is sometimes used to describe this effect of calcium and magnesium salts precipitating out when heated.

Historically, water hardness described the capacity for water to react with a soap; hard water requires considerably more soap to produce a lather. This occurs because the sodium/potassium soap is converted into an insoluble non-detergent. This soap scum is the reaction of calcium with the soap; spotting of dishes from a dishwasher is another hard water residue.

As to consumption, both calcium and magnesium are essential minerals, beneficial to human health in several respects. While the primary human source is food, water can make significant contributions to total intake of these nutrients for some populations and subgroups.

Dissolved minerals contribute to the taste of drinking water to varying degrees. The acceptability of a given level of minerals will usually depend on the individual’s familiarity and taste.

Excessively hard water can also have corrosion tendencies. However, soft water that is not stabilized has a greater tendency to cause corrosion of metal surfaces and pipes, which also introduces metals such as copper, lead, zinc and cadmium into drinking water.

There is a significant difference between naturally soft water and water that has been softened by cation exchange, where the calcium and magnesium has been displaced by sodium. The naturally soft water will be more corrosive and require stabilization. This typically involves increasing the alkalinity and/or adding corrosion-inhibiting substances such as phosphates. Rainwater is typically soft; it would be unusual for groundwater to have issues with softness.

Water hardness treatment and water softening are typically unnecessary, as hard water is not a health hazard (it can in fact be considered a dietary supplement for calcium and magnesium), and most detergents contain ingredients that counteract the effects of hard water. Water softening may be recommended for the water going to the hot water system. For these reasons, while public water systems try to avoid using very hard waters, they typically do not soften water. 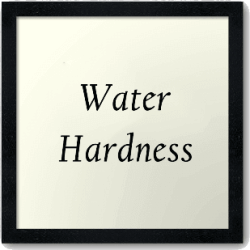 Solutions to your water treatment needs

Whether you want a new water treatment system installed, need your current one inspected and repaired, or just want a free quote, contact the WETS LLC. With years of experience in the industry, our skilled team members are trained and knowledgeable with a variety of leading water equipment and products. Our certified water purification experts are here to help.