Color as a Water Contaminant

Color is related to colloidal suspensions in the water, as well as certain organic acids and neutral salts, but is primarily related to contaminants of vegetable origin, often resulting from tannins and lignins (dissolved organic acids). As such, color is typically more of an issue with surface water rather than groundwater (though some shallow wells can have coloring issues). These contaminants can also raise concerns with odors and tastes.

An arbitrary standard scale has been developed for measuring color intensity in water samples, related to color developed by concentrations of potassium chloroplatinate in water. 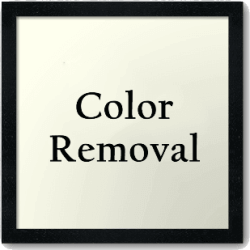 Color is regulated by EPA under their Secondary Drinking Water Standards, with a Secondary Maximum Contaminant limit (SMCL) of 15 color units.

Excessive color is aesthetically unappealing and can cause staining in laundry. Color is classified by the EPA as a secondary drinking water contaminant, and not a risk to public health.

Color is typically reduced or removed by coagulation, settling and filtration techniques.

How Can We Help You With Your Color Removal In Water Treatment.