Hydrogen Sulfide in drinking water is caused by decaying of the organic matter underground and can be found easily in the groundwater supplies. The bacteria that is known to reduce Sulfate content in the water oxidizes the decaying organic matter and helps in reducing the sulfates and forms hydrogen sulfides.

Hydrogen Sulfide is a diffused gas that emits undesirable odor and has a bad taste. Apart from its blistering odor, hydrogen sulfide is believed to pose a critical problem for structural integrity in the collection system. Plenty of money is lost in fighting against corrosion that happens when the H2S interacts with moisture and forms the sulfuric acid. Hydrogen sulfide is a highly toxic gas, inhaling which can cause death among the local workers hired by sanitary sewer systems. 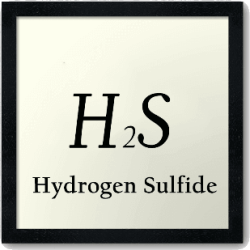 Hydrogen sulfide removal from water is essential to be done as hydrogen sulfide is harmful to health, and in many cases, it has caused death also. Poorly constructed wells are the main reason behind increasing sewage pollution in the surface water. Wells built in sandstone, or near the oil or coal fields, are believed to have an abundance of hydrogen sulfide dissolved in the water in that region. Hydrogen sulfide content in water may depend on the season and may occur in the well water that contains significant levels of manganese and iron, or has a low pH value.

Less than 2 mg per litre

If the hydrogen sulfide levels in the water stay between 1 to 19 mg per liter, it is recommended to use an iron-removal filter which contains manganese greensand. Manganese greensand filters are required to be recharged with a potassium permanganate solution along with the depletion of manganese greensand. Whereas, water having pH less than 6.7 must be treated with an acid water neutralizer to make the process effective.

More than 6 mg per litre

If the hydrogen sulfide levels in the water are recorded above 6 mg per liter, use of Constant chlorination method via automatic chemical feed pump is highly suggested. 2 mg per liter chlorine is an ideal dosage for each mg per liter of hydrogen sulfide. You need to add an activated carbon filter with respect to the amount of chlorine added in the water to get chlorine-free and clean water that can be used for drinking or cooking purposes.

WETS has all the industry experts who work day and night to prepare such amazing systems that can be applied to fulfill the prime purpose and last long.

Water Equipment and Treatment Services (WETS) is dedicated to winning and retaining your trust. Please do not hesitate to reach out to us with any questions.