THM’S as a Water Contaminant

Trihalomethanes or THM’s are chemical compounds formed when chlorine and other disinfectants react in water with organic and inorganic material in the water. When chlorine is added to water with organic material, such as algae, river weeds, and decaying leaves, THM’s are formed. They are typically tasteless and odorless, but harmful and potentially toxic. The quantity of byproducts formed is determined by several factors, such as the amount and type of organic material present in water, temperature, pH, chlorine dosage, contact time available for chlorine, and bromide concentration in the water. 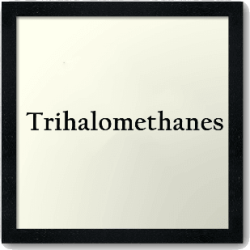 The most common THM compounds are dibromochloromethane (CHClBr2), bromoform (CHBr3), chloroform (CHCl3), and dichlorobromomethane (CHCl2Br). The sum of these four compounds is referred to as Total Trihalomethanes (TTHMs).

THMs are considered carcinogenic and an environmental pollutant. In studies of human populations using chlorinated drinking water in which chloroform is the predominant THM, small increases in the incidence of rectal, colon and bladder cancer have been consistently observed, with evidence strongest for bladder cancer.

WETS uses aeration to remove THM from water. We initially do a pilot study to understand precursor behaviour. Our pilot study report will lead to the design of a customized solution, and be part of documentation for TCEQ approval. Our solutions are unique for each plant as we don’t offer an off-the-shelf product.

Water Equipment and Treatment Services (WETS) is dedicated to winning and retaining your trust. Please do not hesitate to reach out to us with any questions.